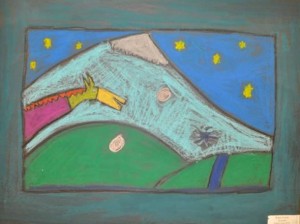 Band: A body of Indians for whose collective use and benefit lands have been set apart or money is held by the Crown, or declared to be a band for the purposes of the Indian Act. Each band has its own governing band council, usually consisting of one chief and several Councillors. Community members choose the chief and Councillors by election, or sometimes through custom. The members of a band generally share common values, traditions and practices rooted in their ancestral heritage. Today, many bands prefer to be known as First Nations.

Custom: A traditional Aboriginal practice. For example, First Nations peoples sometimes marry or adopt children according to custom, rather than under Canadian family law. Band councils chosen “by custom” are elected or selected by traditional means, rather than by the election rules contained in the Indian Act.

Indian Act: Canadian federal legislation, first passed in 1876, and amended several times since. It sets out certain federal government obligations and regulates the management of lands reserved for Indians, moneys and other resources, and outlines how the government is structured in First Nations communities.

Indigenous: A term used to refer broadly to peoples, like Aboriginal, of long settlement and connection to specific lands who have been adversely affected by incursions by industrial economies, displacement, and settlement of their traditional territories by others.

Inuit: An Aboriginal people in Northern Canada, who live in Nunavut, Northwest Territories, Northern Quebec and Northern Labrador. The word means “people” in the Inuit language — Inuktitut. The singular of Inuit is Inuk.

Métis: People of mixed First Nation and European ancestry who identify themselves as Métis, as distinct from First Nations people, Inuit or non-Aboriginal people. The Métis have a unique culture that draws on their diverse ancestral origins, such as Scottish, French, Ojibway and Cree.

Native: A general term that refers to a person or thing that has originated from a particular place. The term “native” does not denote a specific Aboriginal ethnicity (such as First Nation, Métis, or Inuit).