The mission of the Gabriel Dumont Institute is to promote the renewal and development of Métis culture through research; materials development, collection, and distribution; and the design, development, and delivery of Métis-specific educational programs and services.

GoodMinds is an Aboriginal-owned family business based on the Six Nations of the Grand River (Brantford) in Southwestern Ontario. They are a leading source for purchasing bias-free teaching and educational resources related to Native American, First Nations, Indigenous and Aboriginal studies.

Inhabit Media Inc. is the first Inuit-owned, independent publishing company in the Canadian Arctic. We aim to promote and preserve the stories, knowledge, and talent of the Arctic, while also supporting research in Inuit mythology and the traditional Inuit knowledge of Nunavummiut (residents of Nunavut, Canada’s northernmost territory). Our authors, storytellers, and artists bring traditional knowledge to life in a way that is accessible to readers both familiar and unfamiliar with Inuit culture and traditions.

Since it began in 1993, Kegedonce Press has been committed to the development, promotion, and publication of the work of Indigenous writers nationally and internationally.

Ningwakwe Learning Press is an Aboriginal social enterprise. We create, publish, market and print Indigenous literacy and cultural learning resources for all peoples. We envision a future world where Indigenous communities and others celebrate and nurture holistic literacy, language and culture.

Pemmican Publications is a book publisher with a mandate to promote Metis authors, illustrators and stories. It is a not-for-profit company that operates as an arm’s-length affiliate of the Manitoba Metis Federation. Pemmican publishes on average five to six new titles per year, with titles ranging from cultural studies and autobiographies to illustrated titles for children. In all, we have published close to 150 books.

Strong Nations opened their doors in July 2010, in the basement of our home. We have since moved to a bricks and mortar location in Nanaimo that is now accessible to everyone. Our online presence has grown to a point where we are now considered to be one of the largest authentic Indigenous bookstores in North America. It is with commitment and passion that we continue to bring the best authentic Indigenous resources to all. 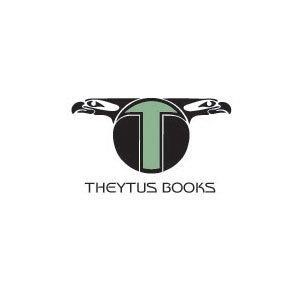 As the oldest Indigenous publishing house in Canada, Theytus Books is recognized and respected internationally for its contributions to Aboriginal literature. Since its inception in 1980, Theytus Books has been a leading proponent for Indigenous authors, illustrators and artists. It ensures that their voice and vision are expressed with the highest level of cultural authenticity and integrity.

The shopETFO online store is now available. ETFO is a leader among teacher federations because of the wide range of high quality professional learning resources ETFO produces for educators.